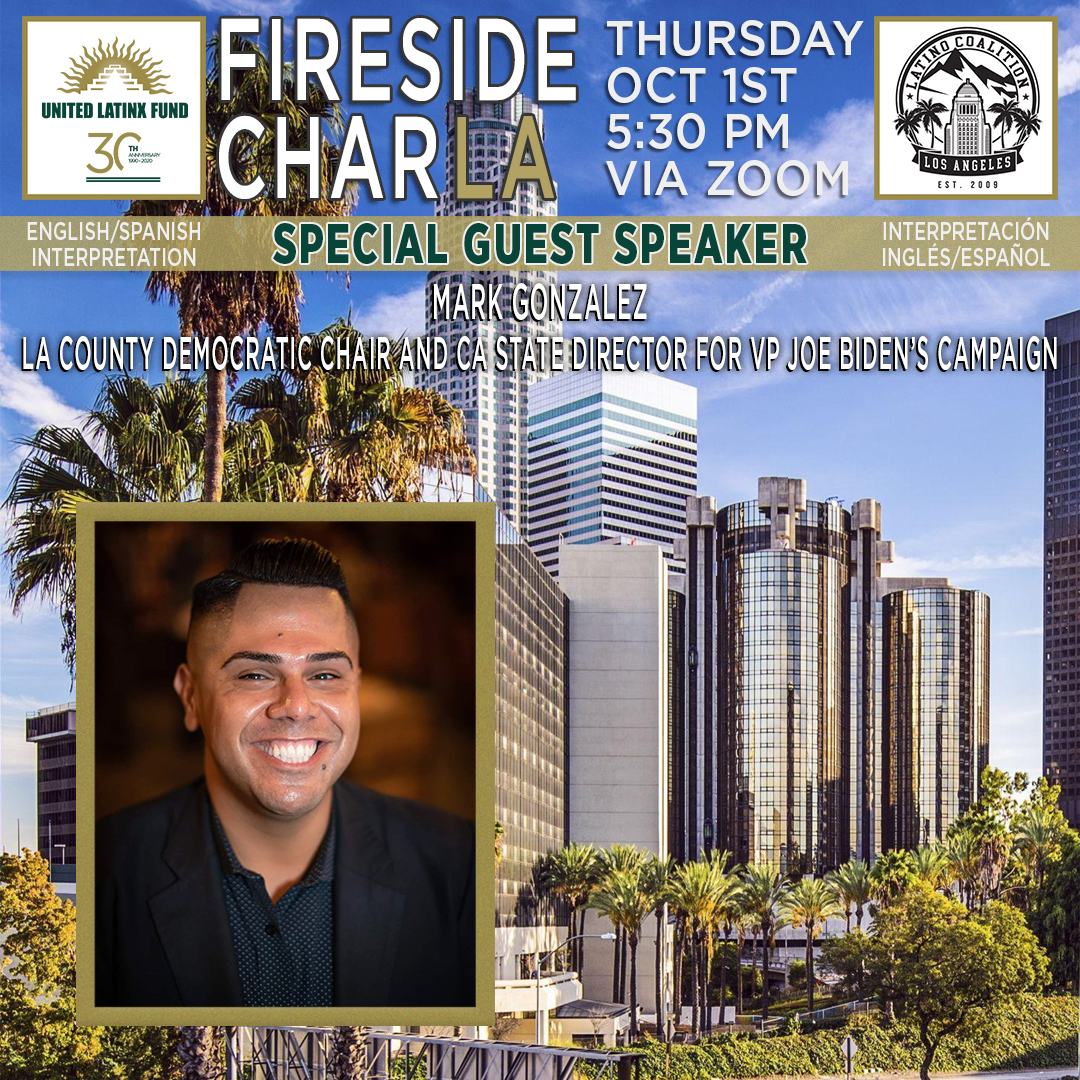 As we approach the 2020 Presidential election, a familiar question emerges, "Who will Latinos vote for and why?" The Pew Research Center observed that although Latinos represent the largest ethnic electorate (32 million eligible voters), African Americans cast more ballots yet comprise a smaller share of the electorate (30 million eligible voters). This trend played out in the 2016 mid-term elections when only 47.6 percent of eligible Latinos voted, compared to 65.3 percent for Whites, 59.6 percent for African Americans, and 49.3 percent for Asians.

Regarding the current President, confidence remains low as 35.5 percent of Latinos report “fair” or having “great confidence” in Trump's ability to deal effectively with the COVID-19 pandemic where as African Americans gave Trump a 24 percent rating, Asians 37.9 percent, and Whites 47.4 percent (Center for the Study of Los Angeles at Loyola Marymount University).

Mark Gonzalez has long been active in Democratic politics, leading the charge on some of the most important political victories in Southern California.  He is currently Chair of the Los Angeles County Democratic Party, a position he has proudly held since October 2017.  LACDP is the largest local Democratic Party in the country and one of the most influential, serving over 2.7 million registered Democrats.

Mark’s political activism began early on in his life, playing significant local roles in the 2004 presidential campaign, 2005 City of Los Angeles mayoral race, 2006 gubernatorial race, and the 2008 presidential campaign for Barack Obama.  He also distinguished himself within the LADCP by organizing a series of the successful new citizen voter registration drives throughout Los Angeles County, helping to secure the region as a Democratic stronghold.  Ruby Medrano, a longtime Northeast L.A. Democratic activist, recognized Mark’s commitment and dedication and urged him to join the Democratic Party Central Committee.  Mark was later appointed and elected as a member.  As Mark rose through the ranks of LACDP, he held other leadership positions within the organization including Assembly District Delegation Chair, Corresponding Secretary, and Vice-Chair.  He is Chair of the 51st Assembly District Delegation and an Executive Board Member for the California Democratic Party.

In addition to his responsibilities with the LACDP, Mark also serves as District Director to Assemblymember Miguel Santiago.   Previous to this position, he was a Senior Field Representative to Speaker John A. Perez and Field Representative to then-Assemblymember Anthony Portantino.  Mark currently serves as Chairman of the Northeast Community Clinics and sits on the Board of Directors for Vista Del Mar Child and Family Services as a Leadership Advisory Member.  A native Angeleno and graduate of CSU Northridge, Mark currently lives in Eagle Rock.

Mark also currently serves as the California State Director for the Biden/Harris 2020 campaign.