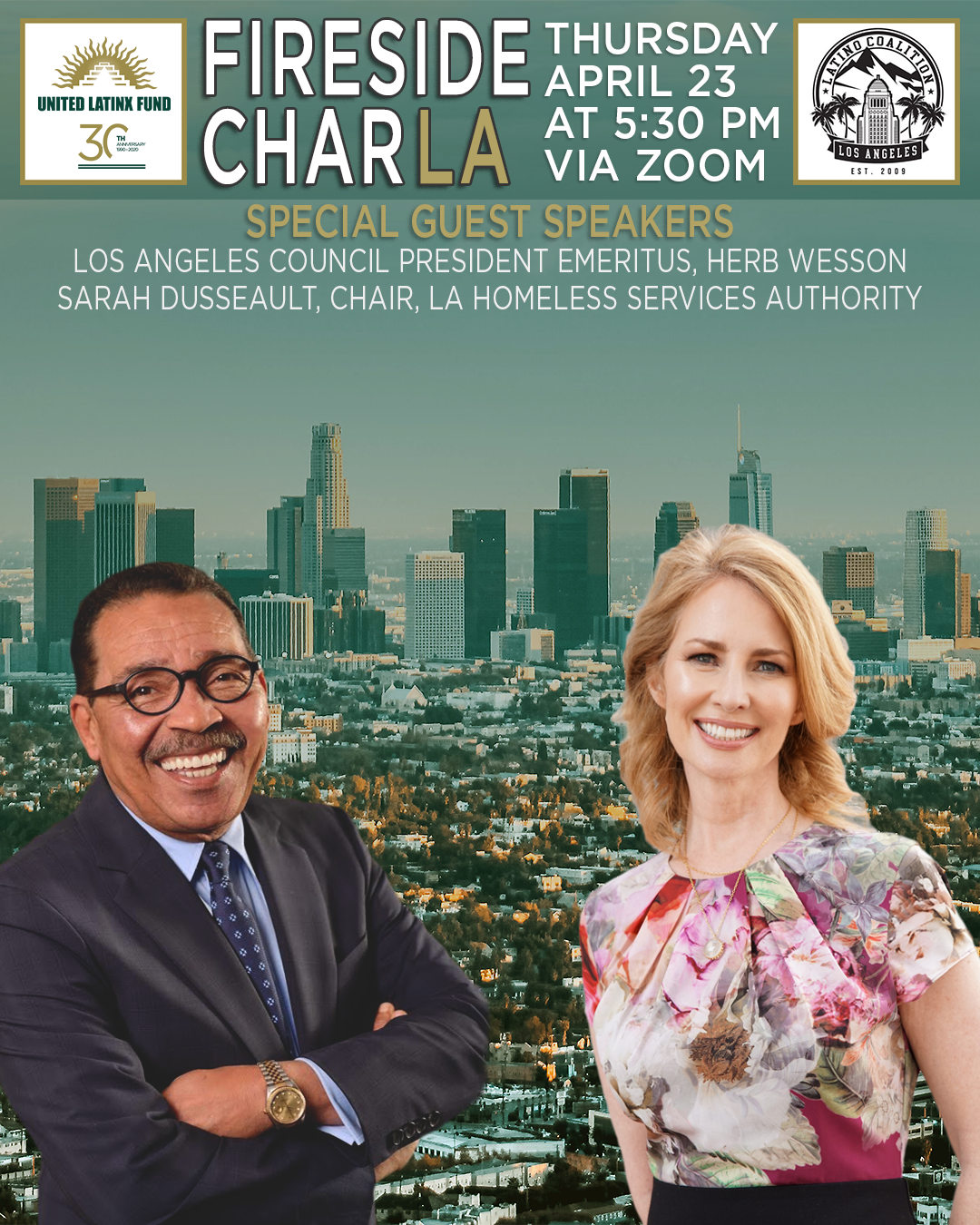 On Friday, April 17th, the County of Los Angeles filed a request for an emergency hearing with federal Judge David Carter, alleging that Project Room Key, their court-ordered effort to help house homeless people at risk of contracting the coronavirus, is being stymied by objections from the cities of Lawndale and Bell Gardens. COVID-19 has not only centered and elevated the ongoing homelessness debate between the state, counties and cities, but it further exacerbates the endemic inequities faced by vulnerable communities of color throughout the region. In response, United Latinx Fund (ULF) and Latino Coalition of Los Angeles (LCLA) hosts the next installment of our weekly online Fireside CharLA series to update on current legislation, policies, and investments that curtail the spread of COVID-19 among our homelessness neighbors as well as how these solutions aim to redress mounting inequalities within our Latinx community.

This CharLA featured Los Angeles City Council President Emeritus Herb J. Wesson, Jr. who served as the President of the Los Angeles City Council from November 2011 through 2019 and has represented Council District 10 since 2005. Wesson is the first African American to hold the position of Council President in the city’s history and has been re-elected three times to lead the city’s legislative body. During his tenure as Council President, Wesson presided over monumental policy initiatives making Los Angeles a better place to live, work and raise a family. Not only have local policy initiatives —which include raising the minimum wage, pension reform and consolidating city elections to increase voter turnout— positively affected local residents, but in many cases the city’s actions have spurred state and national response and served as a model for similar policies.

Also featured was Sarah Dusseault, the Chair of the Los Angeles Homeless Services Authority (LAHSA) Commission. Appointed by Supervisor Solis, she served as Co-Chair of LAHSA's Ad Hoc Committee on Women and Homelessness. Sarah is committed to including women's unique experiences in policy making and investing in systems change to bring a crisis response to homelessness.