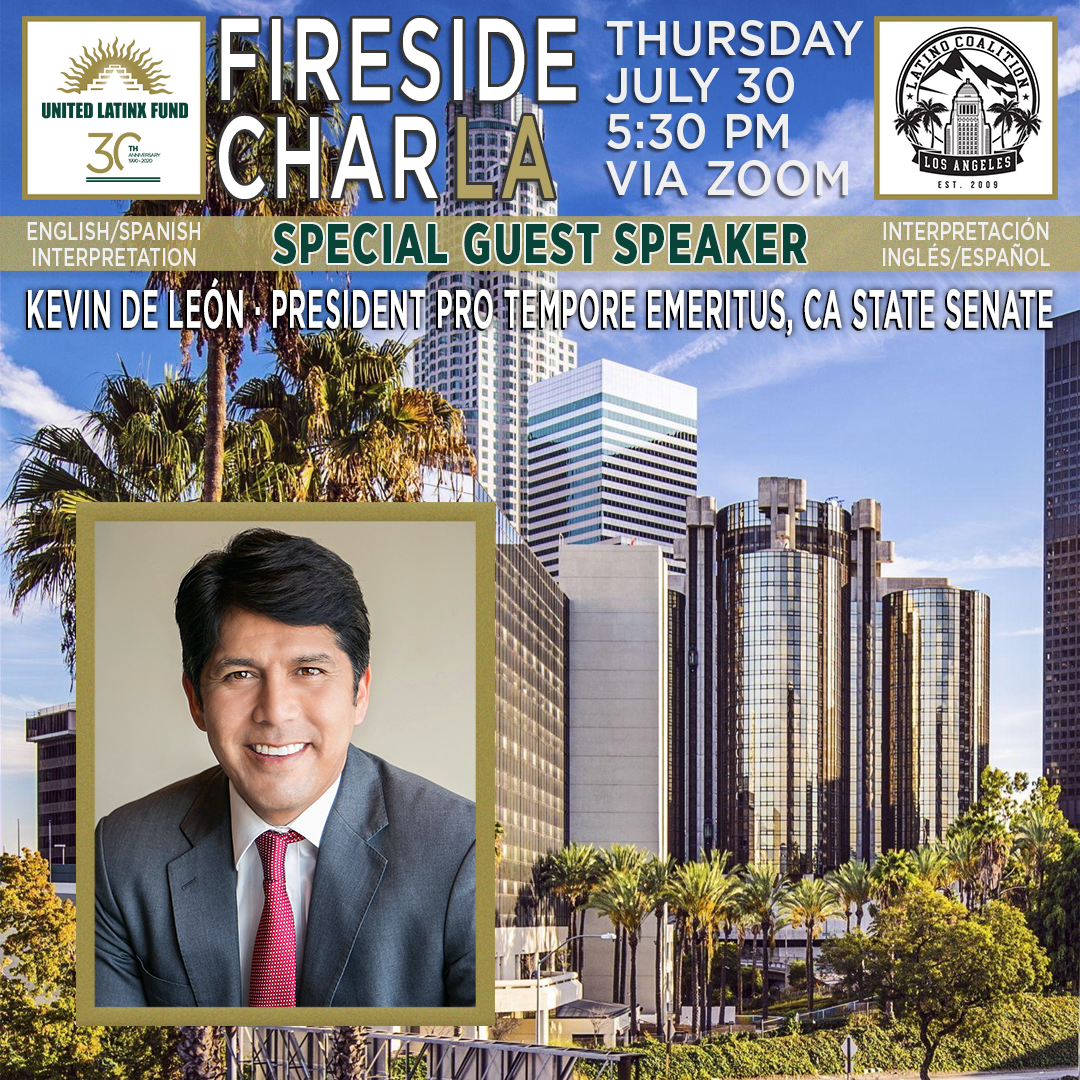 How are local leaders adapting to address major issues impacting our #Latinx community amid the #COVID19 pandemic?

In the course of a remarkable career, Kevin de León has been an educator, activist, community organizer, and the first Latino leader of the California State Senate in 130 years. For the last decade, Kevin represented Senate District 24, which overlaps a significant portion of LA council district 14 which he was recently elected to represent.

Kevin de León was elected to the California State Senate in 2010, and in 2014 he was elected by his colleagues to lead the Senate, making him the first Latino to serve as President pro Tempore in over a century. Before his election to the Senate, Kevin served four years in the State Assembly.

Currently, Kevin is a professor, senior analyst, and distinguished policymaker-in-residence at the UCLA Luskin School of Public Affairs; as well as a Distinguished Fellow for Climate, Environmental Justice and Health with the USC Schwarzenegger Instituted at the University of Southern California.