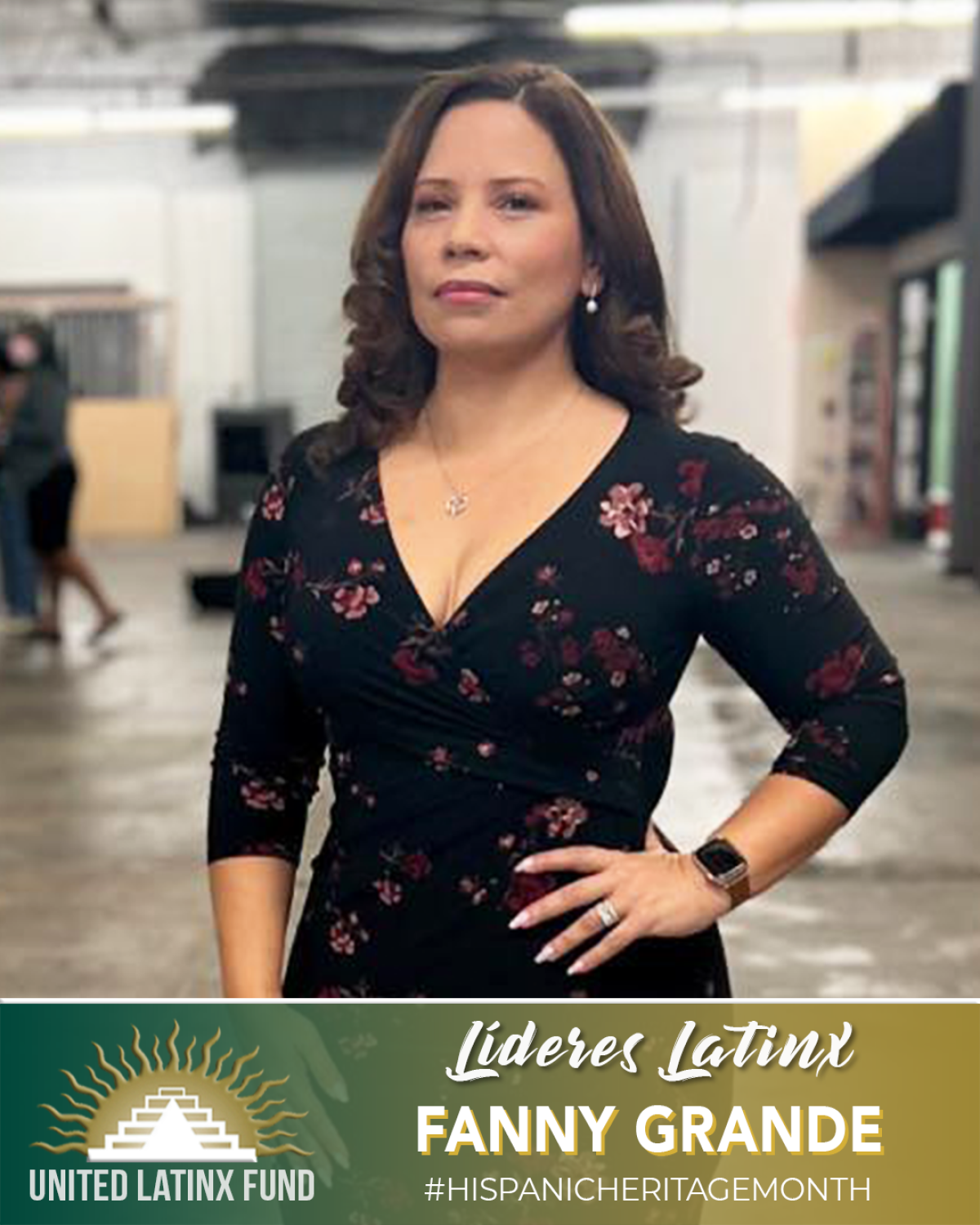 Fanny  Grande  (formerly Fanny Veliz) is a Venezuelan-American award-winning filmmaker, actor, and director with more than 20 years of experience in the entertainment business. Grande, who was born in the US, grew up in Venezuela performing from a very young age. A three-time Imagen Award nominee, she has received several recognitions for her work both in front and behind the camera. She was recently one of 8 fellows selected by Geena Davis for the See it, Be it fellowship. 6 years ago, she co-founded Avenida Productions with her husband Nelson Grande. Avenida is a production firm that specializes in empowering independent media content creators with a focus in diversity. In March of this year Avenida launched a crowdfunding platform for creatives called Support Our Story, in just 5 months close to $600,000 have been raised on the platform. Avenida also opened a production facility in the heart of Los Angeles to service storytellers from under-represented backgrounds. Grande also served as a vice chair of Nosotros the oldest Latino Non-Profit in the entertainment business and it was founded by Ricardo Montalban. She recently completed the Sandford LBAN business accelerator.